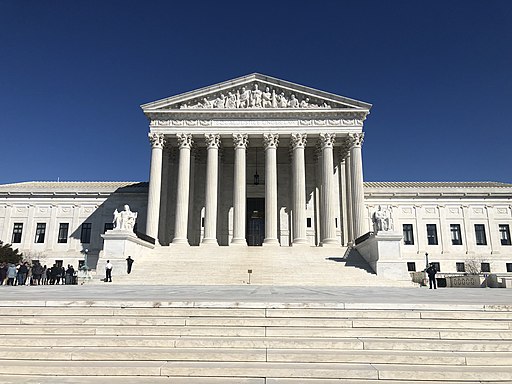 Last year, the Supreme Court ruled 6-3 in Bostock v. Clayton County that an employer who fires an individual merely for being gay or transgender has discriminated based on sex in violation of Title VII of the Civil Rights Act of 1964.  Yesterday, the Supreme Court declined to address the Fourth Circuit’s decision in G.G. v. Gloucester County School Board, where the appellate court ruled that under Title IX of the Education Amendments Act of 1972, transgender students may use the bathroom that corresponds to their gender identity. Otherwise, the school is discriminating based on sex.

That is, the two decisions taken together validate the U.S. Equal Employment Opportunity Commission’s recent guidance on bathroom/locker room/shower use at work:

Does an employer have the right to have separate, sex-segregated bathrooms, locker rooms, or showers for men and women?

Yes. Courts have long recognized that employers may have separate bathrooms, locker rooms, and showers for men and women, or may choose to have unisex or single-use bathrooms, locker rooms, and showers. The Commission has taken the position that employers may not deny an employee equal access to a bathroom, locker room, or shower that corresponds to the employee’s gender identity. In other words, if an employer has separate bathrooms, locker rooms, or showers for men and women, all men (including transgender men) should be allowed to use the men’s facilities and all women (including transgender women) should be allowed to use the women’s facilities. (my emphasis).

Theoretically, an employee could seek a religious accommodation — quite a stretch — and there remain unsettled issues of religious exemptions for certain employers. Otherwise, under federal law, your employees can use the bathroom corresponding to their gender identity.

The next test may be a lawsuit challenging a state law in Tennessee that will require businesses open to the public to post a sign if they let transgender people use multi-person bathrooms, locker rooms, or changing rooms associated with their gender identity.

For the rest of you, consider this issue — to the extent that it remained one for your business — closed.