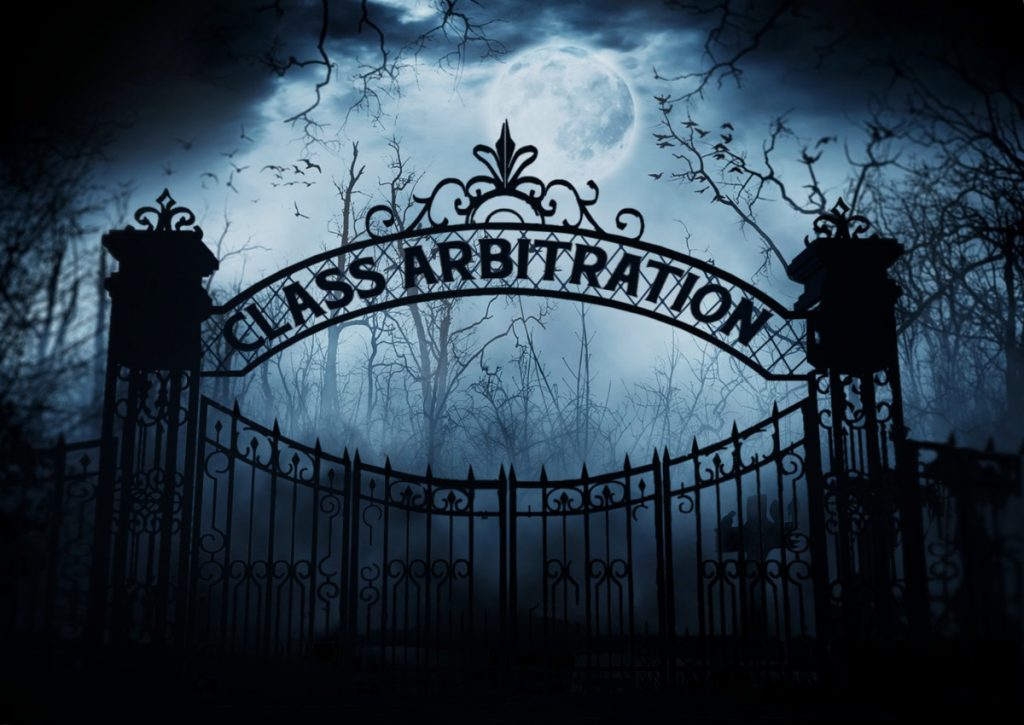 In 2010, the Supreme Court held in Stolt-Nielsen SA v. AnimalFeeds International that a court may not compel class-action arbitration when an arbitration agreement is silent on the availability of such arbitration.

Last year, in Epic Systems Corp. v. Lewis, the Supreme Court issued another employer-friendly decision on arbitration when it concluded that the National Labor Relations Act does not usurp an agreement between a company and its worker to arbitrate employment-related claims on an individual, non-class basis.

Yesterday, the Supreme Court finished walking dry the mudhole that it had stomped on employee class-actions in arbitration,

(The cosmopolitan and mudhole references are to the ‘great’ Stone Cold Steve Austin.)

The case is called Lamps Plus, Inc. v. Varela and you can find a copy of the Supreme Court’s opinion here. (Neither the majority opinion nor any of the concurring or dissenting opinions reference professional wrestling.) Here are the facts, which I pulled from the syllabus of the opinion:

In 2016, a hacker tricked an employee of petitioner Lamps Plus, Inc., into disclosing tax information of about 1,300 company employees. After a fraudulent federal income tax return was filed in the name of respondent Frank Varela, a Lamps Plus employee, Varela filed a putative class action against Lamps Plus in Federal District Court on behalf of employees whose information had been compromised. Relying on the arbitration agreement in Varela’s employment contract, Lamps Plus sought to compel arbitration—on an individual rather than a classwide basis—and to dismiss the suit.

“Neither silence nor ambiguity provides a sufficient basis” for class-action arbitration.

In a 5-4 opinion authored by Chief Justice Roberts, the Court concluded that the arbitration agreement between Lamps Plus and Varela was ambiguous about whether the two sides had agreed to permit employment-related claims to be pursued on a class basis.

It’s not clear what was ambiguous about the agreement, but that’s immaterial. Here’s what matters:

Although parties are free to authorize arbitrators to resolve such questions, we will not conclude that they have done so based on “silence or ambiguity” in their agreement, because “doing so might too often force unwilling parties to arbitrate a matter they reasonably would have thought a judge, not an arbitrator, would decide.” … Neither silence nor ambiguity provides a sufficient basis for concluding that parties to an arbitration agreement agreed to undermine the central benefits of arbitration itself.

Now some of you lawyer types may be thinking, “Eric, I thought courts in most states construe ambiguities in an agreement against the drafter.”

And, you’d be right. Well, except when invoking the Federal Arbitration Act. That supersedes state law. Here’s more from the majority opinion:

We recently reiterated that courts may not rely on state contract principles to “reshape traditional individualized arbitration by mandating classwide arbitration procedures without the parties’ consent.” … But that is precisely what the court below did, requiring class arbitration on the basis of a doctrine that “does not help to determine the meaning that the two parties gave to the words, or even the meaning that a reasonable person would have given to the language used.” … Such an approach is flatly inconsistent with “the foundational FAA principle that arbitration is a matter of consent.”

So, what are the takeaways here?