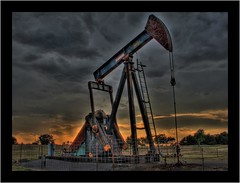 When Harold Wasek signed on to work at an oil rig in Pennsylvania, he had no idea what lay in store for him, especially when one of his co-workers discovered that Wasek would get easily riled with sexually explicit stories, jokes, fantasies, and names.

Wasek complained to his supervisor. But the harassment worsened. He was touched in a sexual manner: grabbing his buttocks, poking him in the rear with a hammer handle and something described as a long sucker rod.

So Wasek sued claiming sex discrimination. And he lost. Why? Because his harasser was a straight man.

I’ll explain after the jump…

Title VII of the Civil Rights Act prohibits discrimination in the workplace because of sex, among other things. Usually, the harassment is male on female or female on male; however, the law does prohibit male-on-male sexual harassment provided that certain criteria are met. In 1998, the Supreme Court offered guidance in this area. A trier of fact may infer that harassment occurred because of sex when the plaintiff can produce:

This case demonstrates the difference, under the law, between sexual harassment and bullying, the latter of which is … legal. But this case and situations like this leave me shaking my head because no employee should have to tolerate what Wasek went through.