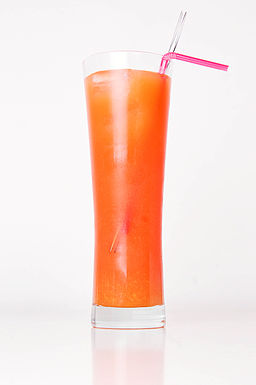 Actually, I’m not talking about the drink.

No, the case I’m addressing today has actual sex on the beach. And allegations of sexual harassment and disparate treatment.

It involves an outside sales representative — let’s call her “Plaintiff” — and the son of the company President, during a boat trip in Mallorca, Spain.

Hey, if you ever want to hear some good stories at a lawyer cocktail party, seek out the employment folks. Just sayin’.

Now, before we get to cleaning the sand out of our speedos, I’d like to extend re-offer yesterday’s holiday present to readers who may have missed the post. Click through to get hooked up with a copy of the ADA: Reasonable Accommodations and the Interactive Process slide deck I used for my presentation earlier this week at the Southeastern Pennsylvania Chapter of the Society for Human Resource Management (SEPA SHRM).

Ok, where were we?

Because, did I mention yet that upon, hearing of the tryst, the company President allegedly referred to the Plaintiff as a “whore” and expressed disbelief that she could “let” her son have sex with her? Plus, it was undisputed that dear old dad asked Plaintiff how she could “open her legs” so soon after meeting someone.

So, when the Plaintiff alleged that her subsequent termination — just a few weeks later — evinced sex discrimination (disparate treatment), she was on to something.

That is, “the most straightforward method for demonstrating an inference of discrimination is to show that ‘similarly situated’ employees who were not in a protected class were treated more favorably.” However, without specific comparators, a woman can still establish that she was treated differently, because of her sex, if she can provide other evidence to establish some causal nexus between her gender and the adverse action.

Here, among other things, the President’s comments “included gendered references to sexual activity and suggest that he considered a woman’s role in a sexual relationship to be different from a man’s.” Add that to evidence that Plaintiff produced to demonstrate that her termination was pretextual, and we have a jury trial on the horizon.

Well, the Court concluded that “a jury could reasonably conclude that a sexual proposition from a part-owner of Defendant’s parent company (and the son of Plaintiff’s supervisor’s lover and boss) constitutes intentional sex discrimination.”

But, was the behavior bad enough to be actionable? According to the Court, it was:

Plaintiff was invited on a twelve-day sailing trip less than six months into her employment with a family-owned company. Within the first days of that trip, Plaintiff was propositioned for sex by a part-owner of the company (who she had never previously met), and the trip concluded with her being berated for accepting that proposition by his father who was the president of the company. This scenario represents an intermingling of sex-based discrimination and employment conditions….Taken in the context of a twelve-day company sponsored trip in which Plaintiff had little contact with the outside world, a jury could reasonably conclude that this environment, though brief, was sufficiently severe as to constitute a change in the conditions of Plaintiff’s employment.

This behavior not only had a detrimental impact on the Plaintiff, but then, she was fired. Plus, when a hostile work environment claim is based on alleged harassment by a supervisor, an employer’s liability is established if the harassment culminates in a tangible employment action. Here, the Plaintiff was fired.

Lesson for other employers.

Maybe stick with an Employee of the Month Award instead of “awarding” top performers with an intimate Mediterranean cruise.