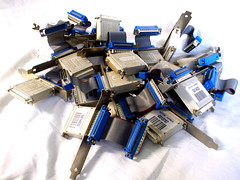 For much of the week, I’ve blogged about Adria Richards, the employee who got fired for tweeting complaints about discrimination. On Monday, I offered my legal analysis (here).

On Tuesday, I followed that up with this simple poll that purported to remove the law from the equation: Was the decision of Ms. Richards’s employer, SendGrid, to fire her “fair” or “unfair”? “Fair” and “unfair” were the only two answers and they were randomized such that either one could have appeared as the top choice when taking the poll.

I’m assuming that most of my readers and, therefore, most of the respondents have an HR or legal background. Therefore, I will further assume that, while the results here are quite balanced, had I asked the question whether the firing was “lawful” or “unlawful,” the results would not have been nearly as close.

Thank you to everyone who participated.