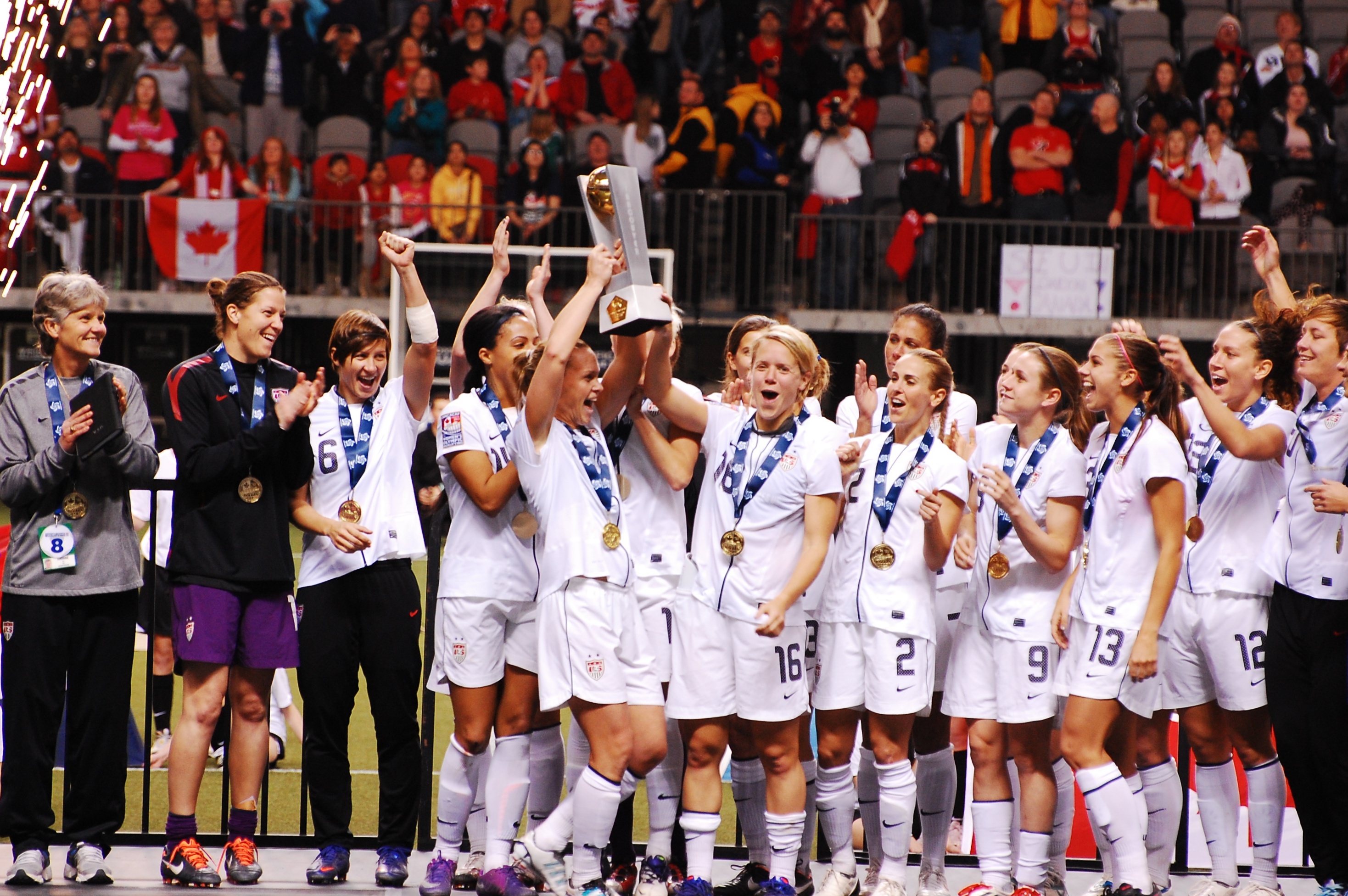 Friday was International Women’s Day. It was also the day that 28 members of the United States women’s soccer team filed this lawsuit against the U.S. Soccer Federation (USSF) in federal court alleging violations of the Equal Pay Act of 1963 and Title VII of the Civil Rights Act of 1964. Why? Because the women get paid less than U.S. Men’s National Soccer Team.

But, can the plaintiffs prevail?

If this sounds vaguely familiar to you, it should.

About three years ago, I blogged here about five players on the U.S. Women’s National Soccer Team filing a Charge of Discrimination with the U.S. Equal Employment Opportunity Commission.

Not much has happened since then at the EEOC. So, the charging parties requested a Notice of Right to Sue and filed the lawsuit.

Not just any lawsuit. This is a collective and class action in which the plaintiffs claim USSF discrimination against them “by paying them less than members of the [Men’s National Team (MNT)] for substantially equal work and by denying them at least equal playing, training, and travel conditions; equal promotion of their games; equal support and development for their games; and other terms and conditions of employment equal to the MNT.”

Specifically, the plaintiffs claim that:

That’s the essence of the EPA claim. The women further claim that USSF intentionally discriminated against them under Title VII.

But, is the difference really based on gender?

This is not the first time that female athletes have sought equal pay. But, those lawsuits were complicated too.

Andrew Das from the New York Times explains (here) some of the obstacles that the women may face here:

Direct comparisons between the compensation of the men’s and women’s teams can be complicated. Each team has its own collective bargaining agreement with U.S. Soccer, and among the major differences is pay structure: The men receive higher game bonuses when they play for the United States, but are paid only when they make the team, while the women receive guaranteed salaries supplemented by smaller match bonuses.

One of the biggest differences in compensation is the multimillion-dollar bonuses the teams receive for participating in the World Cup, but those bonuses — a pool of $400 million for 32 men’s teams versus $30 million for 24 women’s teams — are determined by FIFA, world soccer’s governing body, not U.S. Soccer.

This touches on the underlying complexity of this long-running standoff. It’s tricky to pay the women equally to the men because they are compensated through very different mechanisms. The men’s now-expired CBA is premised on an all-bonus system. Players are only paid when they’re called up and receive no benefits, but then get more depending on performance. Their bonuses are far bigger than those of the women’s team. But the women receive guaranteed six-figure salaries with extensive benefits, including maternity leave and long-term disability pay.

I suspect that collective bargaining issues could be an Achilles heel for the plaintiffs here.

Or, maybe this lawsuit will provide leverage for CBA negotiations. However, the current contract does not expire until 2021. Plus, the parties signed the current CBA while the EEOC Charge was pending. And, here we are with a full-blown lawsuit.

So, my crystal ball is cloudy.

What I do know is that this becomes one of the highest-profile discrimination cases pending. And, I’ll update you along the way.