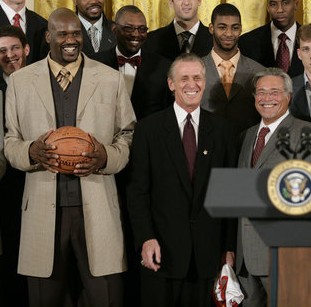 We know that employees can be disciplined — and even lose their jobs — based on their use of social media. But even business owners can face backlash for what they say online.

Disgruntled fan: “How’s it feel to be apart of ruining the best game in the world? NBA owners/players don’t give a damn about fans&and guess what? Fans provide all the money you’re fighting over&you greedy (expletive) pigs.

Arison: “You are barking at the wrong owner.”

It turns out that the NBA has a strict gag order against speaking about the current labor dispute. Who knew? Oh, wait, Arison did. The $500,000 fine, first reported by Yahoo! Sports, is five times the amount other owners have previously been fined for public comments about the ongoing labor situation.