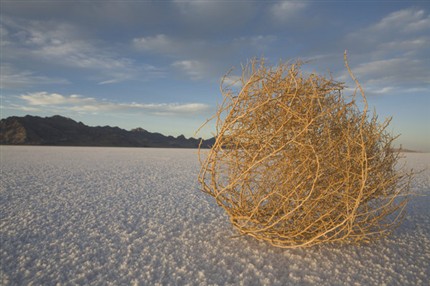 Notice, I didn’t go so far as to say, “Let’s start the year off right.”

That’s because organized labor/union blog posts are like reader kryptonite. But, since the United States Court of Appeals of the District of Columbia, in this opinion issued late last week, upheld the National Labor Relations Board’s ruling in Browning-Ferris Industries, I suppose I should give the appellate court’s decision the discussion it deserves.

Which is not much.

What is “joint-employer”? And why should we care?

Under the National Labor Relations Act, employees have the right to unionize.

But with whom? The Act does not define “employer.” However, that’s not a problem when employees don’t have more than one putative employer. Except, this is a blog post about joint employers. (In case you were wondering, the Act doesn’t define “joint employer” either.)

So where does that leave us?

In this 2015 decision, the Board concluded that two or more entities are joint employers of a single workforce if (1) they are both employers within the meaning of the common law;  and (2) they share or co-determine those matters governing the essential terms and conditions of employment.

Well, it was. Until it wasn’t.

And then Browning-Ferris was affirmed(ish).

That was last week in the DC Circuit court, where the appellate court held that “the right-to-control element of the Board’s joint-employer standard has deep roots in the common law. The common law also permits consideration of those forms of indirect control that play a relevant part in determining the essential terms and conditions of employment….[T]he joint-employer test [includes] consideration of both an employer’s reserved right to control and its indirect control over employees’ terms and conditions of employment. ”

(The court did reverse the Board’s “articulation and application of the indirect-control element in this case to the extent that it failed to distinguish between indirect control that the common law of agency considers intrinsic to ordinary third-party contracting relationships, and
indirect control over the essential terms and conditions of employment.”)

Wayment, Eric. This is all about as clear as mud.

That’s why the Board has decided to engage in rulemaking. That is, instead of maintaining the vague standard, which employers and employees may struggle to follow, the Board is going to promulgate — that’s legal speak for “draft” — some new regulations that should provide everyone a clearer roadmap to determining when two entities are considered joint employers.

From the Summary of the Board’s proposed rule:

Under the proposed regulation, an employer may be considered a joint employer of a separate employer’s employees only if the two employers share or co-determine the employees’ essential terms and conditions of employment, such as hiring, firing, discipline, supervision, and direction. More specifically, to be deemed a joint employer under the proposed regulation, an employer must possess and actually exercise substantial direct and immediate control over the essential terms and conditions of employment of another employer’s employees in a manner that is not limited and routine.

So, if the Board issues a new rule, how much should you care about last week’s appellate court decision?

Unless you have joint-employer issues that arise before the new rule takes effect, not much, provided that the Board follows through on this originally-proposed rule. But the DC Circuit instructed the Board to “color within the common-law lines identified by the judiciary.”

Eric, going forward, can you write more about employment law and less about labor law?

(But, if you want to read more about the Browning-Ferris decision, check out these links (1, 2, 3)