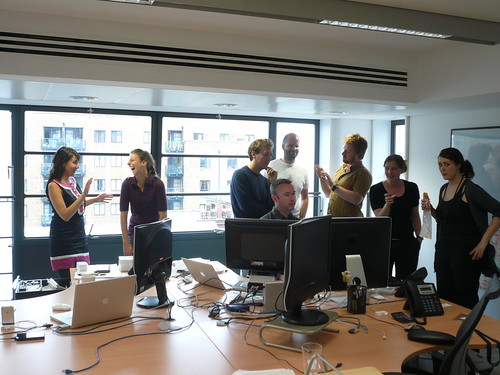 On Tuesday, voters in Houston, TX took to the polls and said no to Prop 1. That’s a ballot measure that would have outlawed discrimination at work against lesbian, gay, bisexual and transgender employees and job applicants. Amanda Terkel at The Huffington Post reports here that, despite having widespread support from local and national politicians and businesses, the measure failed, in large part, because of the “bathroom” issue. That is, many voters did not want transgender women using the women’s restroom (and vice-versa).

Meanwhile, on Tuesday in our Nation’s Capital, the District of Columbia Office of Human Rights issued a “groundbreaking report” revealing a high rate of discrimination against transgender job applicants.

Are you reading this post at the ABA Annual Labor & Employment Law Conference in Philly? Dude, you’re so close. Be sure to stop by my Saturday session on — what else — blogging. And let’s connect at the big reception on Friday night. Email me and I’ll make it worth your while.

You can read OHS press release here and the OHS report here.

The report highlights the following statistics:

And unlike Houston, the District of Columbia explicitly prohibits discrimination based on sexual orientation and gender identity. So, wow! We still have a ways to go.

But, regardless of where you conduct business, even if it’s in a state or locality without an LGBT discrimination law, just remember: