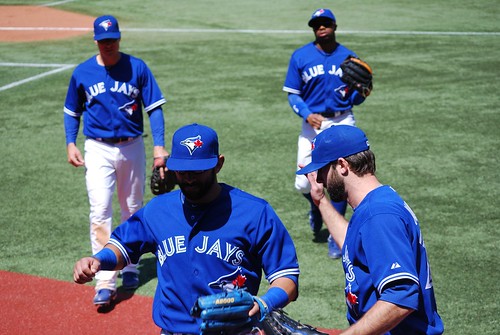 Butt slaps are rarely appropriate. Not in the courtroom. Not in the workplace. Even Buttslaps, LLC in Butte, Montana frowns on butt slaps at work.

(I totally made that last part up. Don’t Google it).

Where am I going with this? When an employee sues for sexual harassment, he or she must prove several elements. One of those elements is that the employee was offended by sexual conduct directed at them.

In Madrid v. Homeland Security Solutions, Inc. (opinion here), the plaintiff claimed that she was subjected to many forms of sexual harassment, one of which was a slap on the butt, after which she proceeded to walk away. In its motion for summary judgment, the employer argued that the plaintiff had not met her burden of showing that the conduct about which she complained actually offended her.

The court gave that argument the back of the hand:

Even if the Court were to accept Defendant’s argument that Plaintiff responded only a small amount or to a small degree to the alleged harassment she confronted, there is not enough evidence to foreclose the possibility she in some way indicated through expression or action she was offended. Plaintiff mentions that after being slapped on the butt she quickly walked away. Such an action could, within a certain context, suggest that conduct of that nature was unwelcome.

Ok, but what about the employer’s other argument that, because the plaintiff performed her job well, subjectively, she could not have viewed the conduct to which she was subjected as pervasive or severe? Dude…

Contrary to Defendant’s assertion, the fact Plaintiff’s work performance was not greatly affected by Defendant’s alleged harassment does not preclude Plaintiff’s hostile work environment claim in and of itself….Mack-Muhammad does not stand for the proposition that because an employee performs their job well while harassed, like Plaintiff alleges in this case, they foreclose the possibility that harassment could be viewed as subjectively severe and pervasive.

And, talk about grasping at straws. The employer also argued that the harassment to which the plaintiff was subject was not based on her gender. Yeah, WTH:

The Court disagrees with Defendant that there are no facts that could arguably suggest harassment of a sexual nature existed in the case at hand. There are numerous instances alleged, that if true, could be construed by a trier of fact as harassing conduct based on sex. Plaintiff’s allegations she was slapped or “smacked on the ass… in front of a group of people just to make them laugh” and being asked “what color her panties were”, in addition to stories mentioning other sexual conduct, could be perceived as occurring as a result of her sex.

Here’s the thing. There are many plaintiffs that claim hostile work environment based on some protected class (e.g, gender, race, religion, etc.). While some of those plaintiffs are unable to show that the treatment they endured was because of that protected class, the behavior about which they claim is almost universally hostile. That is to say, they’re offended by it.

So, if you rest your defense of a hostile work environment claim on the argument that the plaintiff was not offended, it may get downright hostile for you.