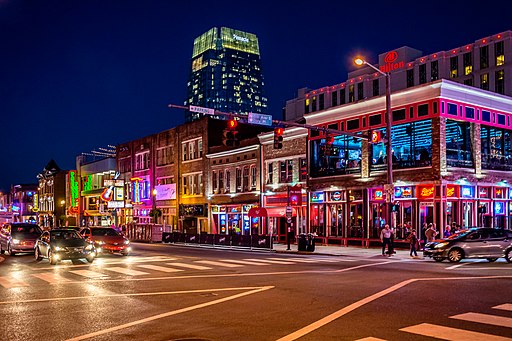 I was going to begin this post by telling you more about my weekend trip to Nashville. But since I can hear the sound of thousands of pearls being clutched, I’m not going to bury the lede.

A company admitted it fired an HR representative for encouraging another employee to file with the EEOC.

Last week, the Eleventh Circuit Court of Appeals issued this opinion. The plaintiff was a “Team Relations Department” manager of a large auto manufacturer. According to the opinion, the plaintiff heard many complaints about how her foreign-owned employer treated women and Americans. She experienced similar treatment herself and, in her view, had been denied a promotion because she is a woman and an American. Eventually, the plaintiff filed an EEOC charge.

But, here’s where it gets interesting.

So, did the employer violate Title VII of the Civil Rights Act of 1964 by retaliating against the plaintiff?

Under Title VII, you can’t go firing people for engaging in “protected activity” like complaining internally about discrimination or assisting others in filing charges with the EEOC, among other things.

But, there’s another layer here.

The plaintiff here is in HR. So, this begs the question of whether helping another employee file a discrimination charge with the EEOC, rather than guiding that person to explore internal complaint procedures,  is unreasonable and not protected activity under Title VII.

That is, the Eleventh Circuit applied a “balancing test on a case-by-case basis” to determine whether the manner in which an employee expresses her opposition is reasonable.

However, the Eleventh Circuit pointed out that “[t]here are times when an employer’s internal procedures are not effective for certain classes of complaints or the complaints of particular people.”

In this particular case, there was evidence that the plaintiff followed company policy in notifying it of her own complaints of sexism. However, the HR director dismissed her allegations as mere “opinion” and conducted no investigation. The plaintiff later reiterated her concerns of sexism, after which the HR Director conducted no fact-finding and refused to allow another HR employee to investigate. Then, the president of the company berated the American workers for complaining about working conditions.

Thus, you can see why it may be reasonable under these circumstances for the plaintiff to suggest that another employee avoid the company complaint procedures and go right to the EEOC. (And, even if you can’t, the Eleventh Circuit did. And that’s all that matters here.)

So, now the case goes back to the lower court for a trial.

With everything that has gone on in the past year or so, if lawyers like me haven’t already beat this into your head yet, here’s one more reminder to take all complaints of discrimination seriously. That doesn’t mean each one requires a full-scale investigation. But, it does mean that you shouldn’t give them lip service.