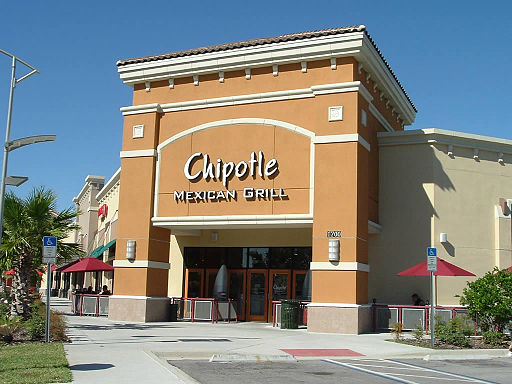 Yep, last Thursday, a California jury awarded $7.97 million to a woman who claimed that he employer fired her in retaliation for claiming workers’ compensation benefits.

And even though the case settled on Monday, while you were getting your blockchain on, I think that the plaintiff can spring for extra guac…for all of us.

[I]n January 2015, [the plaintiff] was fired, accused of stealing $626 in cash from the restaurant’s safe…There was even video evidence to prove Ortiz’s theft…

[Defense counsel] told the jury that [five people] looked at the video and determined that [the plaintiff] stole the money on Dec. 29, 2014.

That was different from the testimony of a key witness in the trial, [a former assistant manager], who worked with [the plaintiff] and helped her count the daily receipts. He testified that he last saw the $636 in cash, which was in an envelope, on Dec. 30, 2014….

Ultimately, the jury accepted the plaintiff’s theory of the case, which was that “she’d been framed, allegedly in response to her filing a worker’s compensation claim, and then refusing to lie about her injuries (as her supervisor allegedly pushed her to do).” So, they made the plaintiff whole by awarding her nearly $8 million.

And that doesn’t include the punitive damages that the jury was set to award on Monday, right before the case settled.

“Why didn’t the defendant settle earlier?” all of you are asking.

According to the Fresno Bee report, the defendant did offer to pay $1,000 to settle the case pre-trial. During the trial, the plaintiff’s lawyer asked the jury to award his client $10 million.

I guess you could say that the two sides we far apart. Although, the plaintiff’s counsel must’ve had a pretty good read on the case.

Or a genie lamp.

“$7.97 million is a lot of do-re-mi to award for wrongful termination,” all of you are thinking.

Bill Murphy, writing (here) at Inc., put it into context. He noted that “[i]t’s about as much as [the plaintiff] would have made working … for 114 years, based on that $70,000 annual salary [and]  a few million less than [the company] founder and then-CEO … took home himself, last year.”

Yep, that’s a lot of quesadillas.

I don’t get to try many cases. Most either settle or get adjudicated on motion. But, the cases that try usually fall into two buckets:

There generally isn’t a third bucket in which you’ll find allegations of evidence destruction, duplicity, and the other nasty reported hallmarks of this case. Sure, I know most of you would never think of doing any of the bad stuff of which the plaintiff accused the defendant. But, you may work with people who would. So, rather than double down (assuming that’s what the defendant did here), that’s a tailor-made situation for cutting one’s losses.

The alternative is that you risk angering a jury, get slammed with a significant jury award and become a national headline.

You know what I’m going to say now, don’t you?

If you don’t update your email subscription preferences before May 25, 2018, you will not receive any more blog-related emails.