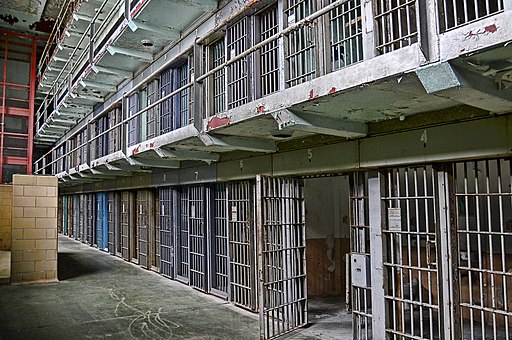 Either way, I have plenty of stories for a cocktail hour.

So, naturally, I had to depose the niece to check the story. Awkward doesn’t begin to describe it. Still, with that and other similar litigation experiences under my belt, it takes a lot to rattle my cage.

Last night, on my return flight from Anaheim to Philly after the DMEC Annual Conference, I read the Ninth Circuit’s decision in Fuller v. Idaho Department of Corrections, and the first paragraph. That first paragraph rocked me:

Cynthia Fuller was raped by an Idaho Department of Corrections (“IDOC”) co-worker. Before that sexual assault, the IDOC had placed the co-worker, whose conduct had been the subject of several complaints by female employees, on administrative leave because he was under criminal investigation for another rape. Shortly before Fuller was raped, a supervisor told employees (including Fuller) that the agency “looked forward” to the co-worker’s prompt return from leave. One day after Fuller reported the rape, a supervisor told her that the rapist “had a history of this kind of behavior.” Nonetheless, the supervisor sent an e-mail to all agency employees the very next day, telling them to “feel free” to contact the rapist and “give him some encouragement.” When Fuller asked for paid administrative leave to deal with problems caused by the rape, she was told that her case was not “unusual” enough to warrant that treatment; the rapist, however, was provided paid leave.

This is a hostile work environment case. The plaintiff argued that, based on the facts outlined above, her employer unreasonably interfered with her working conditions. The Ninth Circuit zeroed in on this and identified the issue as “whether an objective, reasonable woman would find ‘her work environment had been altered’ because the employer ‘condoned’ the rape ‘and its effects.'”

Let’s stop right there because we both know where this case is headed. (By the way, in defense of the employer, this is a summary-judgment record. That means that all reasonable inferences based on the facts are read in favor of the non-moving party. Here the plaintiff is the non-moving party. Who knows what might happen if this case goes to trial?)

If you assume that it’s not your problem now, you may end up with a much bigger problem later.

Instead, I want to focus you in on an issue that many employers overlook. That is the potential impact that off-the-clock behavior can have on the workplace. Here, it wasn’t the rape outside the workplace that cost the employer summary judgment, it was the employer’s response when it learned what happened. From the Ninth Circuit opinion:

A reasonable juror could credit Fuller’s statements that Harvey’s e-mail was “completely insulting” to her, and that she felt the IDOC had given no “assistance for [her] as a victim” of a rape which “impaired [her] ability to live normal, sleep normal, or feel safe.”

Other evidence, while perhaps not sufficient by itself to support Fuller’s Title VII claim, supports the conclusion that a reasonable woman could perceive a hostile work environment at the IDOC. Atencio denied Fuller’s request for paid administrative leave to recover from her rapes in an e-mail in which he copied Hartz, who was not the assigned HR representative, despite knowing that Hartz had a previous romantic relationship with Cruz. Fuller produced evidence that she was “forced to return to work against” her therapist’s and doctor’s recommendations, while her rapist was granted paid administrative leave. Fuller also expressed concern about her co-workers’ hostility toward her for missing work, blaming Harvey’s e-mail, which failed to divulge why Cruz was on leave.

So, if co-workers have extracurricular drama, don’t be so quick as to brush it off as not being a work problem. Because at some point it may be. And your response could dictate the difference between resolving a problem and defending a nasty lawsuit.