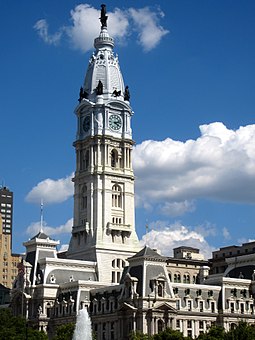 When last we visited the whirlwind saga of the City of Philadelphia’s proposed bill that would ban employers from asking about applicant salary history, I was waxing poetic about Animal House, suggesting here that Mayor Kenney was slowing his roll after City Council had unanimously approved the bill.

According to Julia Terruso writing here at Philly.com, Mayor Kenney signed the bill after receiving an 11-page opinion from City Solicitor Sozi Tulante, in which he concluded that its ok to ban employers from inquiring about applicant salary history. Prior to issuing the 11-page opinion, business groups had warned the City that this law would violate the First Amendment.

But, will business groups file a lawsuit? Unclear.

Legalities aside, I encourage you to check out this story over from Fabiola Cineas at Philadelphia Magazine about how this type of legislation, which is designed to help eliminate the gender-wage gap, can actually increase it. (Much like some studies on ban the box laws show that they may harm the people that they are intended to benefit).

One of the common concerns is that, without salary-history information, employers may guess about salary history — and guess low. Consequently, the salary offer at the new job may be correspondingly lower than it otherwise would have been.

But, this is largely a moot point now. Unless the law gets overturned, it will take effect in Philadelphia on May 23, 2017.