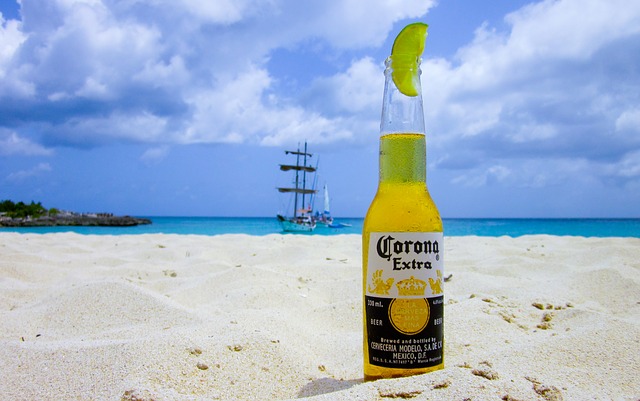 I have three kids, ages three and under. So a vacation for me is the half hour of quiet time I get in the bathroom every morning.

I remember Spring Break ’97 in the Bahamas. Sun, beach, water sports, and a couple of adult beverages.

It was kinda like the Mexican vacation that Carol Lineberry, a former employee of Detroit Medical Center, took back in 2011. These pictures she posted on Facebook — we didn’t have Facebook back in the day, so I’ll deny everything. EVERYTHING! — show that Ms. Lineberry is having a blast in Mexico.

Did I mention that Lineberry took this trip while taking leave under the Family and Medical Leave Act? Of course, she did. And now she’s on The Employer Handbook.

See how that works? Like a Zoolander gasoline fight, trust me, this won’t end well for Lineberry. No, it won’t.

Read more after the jump…

You motorboatin’ son of a….

In Lineberry v. Richards, the Mexican-vacationing Lineberry claimed that she was fired for taking FMLA to treat for “excruciating pain in her lower back and leg pain,” which restricted her to standing for only 15 minutes, not pushing or pulling more than 20 pounds, and not lifting more than 5-10 pounds.

Now, it wasn’t so much the Mexican vacation itself that got the ire of Lineberry’s employer. And I’m guessing Linberry’s email to her supervisor complaining that she had yet to receive a get well card from the staff didn’t help.

{Editor’s note: Seriously! Check out the opinion at the top of page 3. OMG! LOL!}

No, it wasn’t the pictures of her holding two beers in one hand or even the shots of her on the speedboat. Maybe the beer was to numb the pain. And the speedboat? To balance the beer buzz? Who the hell knows?

What drew the ire of Detroit Medical Center was that Lineberry told them that she wouldn’t have vacationed in Mexico but for the airports having wheelchairs to assist her. What, with her “excruciating pain in her lower back and leg pain,” and all.  But, as it turns out…

And she admitted as much under questioning from her employer when she returned to work from south of border. Then, at her deposition during the FMLA litigation, Lineberry again conceded that she lied to her employer about using wheelchairs.

The work rules apply — even to those on FMLA.

Here, the employer had a work rule on dishonesty and falsifying information. And Lineberry admitted that she lied to her employer about the wheelchairs. So, she got fired. Put ’em all together and we have a firing unrelated to taking FMLA. Perfectly legal.

Alternatively, the Court found that Detroit Medical Center could have prevailed on the FMLA claim under the “honest belief” doctrine. We’ve discussed that here a bunch. One time, booze was involved; another time, Mexico was involved.

You can call it serendipity. But, some employees are just stupider than stupid-stupid.

An employer prevails under the “honest belief” doctrine when the employer honestly believes, based on particularized facts, that an employee lied and misused her FMLA leave and disciplines/terminates such employee based on such belief. Here, you’ve got the Facebook pictures coupled with Lineberry’s lies about the use of a wheelchair as it related to her FMLA restrictions. It’s fair say that most any reasonable employer would have concluded that Lineberry was abusing her FMLA leave.