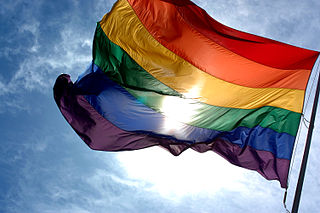 And it wasn’t close at all.

By a final vote of 64-32, the Employment Non-Discrimination Act, also known as ENDA, passed the Senate on Thursday.

All 52 Democrats, plus 2 Independents and 10 Republicans voted in favor of the bill. Among the notable yes votes was Pennsylvania Senator Pat Toomey (R). Indeed, minutes before voting yes on ENDA, Senator Toomey saw his proposed amendment to the bill, which would have created exceptions for certain religious groups, defeated.

In fact, Toomey was the only Pennsylvania Senator to vote in favor of the bill. Senator Robert Casey (D), missed the vote, to be with his wife who recently had heart surgery. Senator Casey was a staunch advocate of the bill.

The Senate’s newest addition, New Jersey’s Cory Booker (D), as well as his fellow statesman, Robert Mendendez (D), we are also among the yes votes.

ENDA now heads over to the House of Representatives, where the chances of passage appear bleak. Although President Obama has called upon House Republicans to pass the bill, Speaker John Boehner (R-Ohio) is on record as opposing the bill, believing that it will encourage frivolous litigation and cost jobs in small businesses.

And although the House previously passed a version of the bill in 2007, yesterday, a spokesperson for House Majority Leader Eric Cantor (R-VA) further quelled any hope that the House would send this matter to the President for signature:

“The bill is currently not scheduled in the House. I hope Majority Leader Reid soon addresses the dozens of House-passed bills that have been ignored in the Senate that create jobs, improve education and create opportunity while Americans struggle to find a good-paying job.”

So, it appears that this historical workplace discrimination bill stands in great jeopardy.