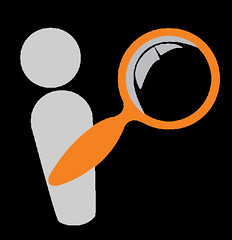 If an employee complains that her supervisor is sexting her, making unwelcome physical contact, and telling her that she can get a better work schedule in exchange for “small favors,” you better damn well investigate that!

Ignore it and you risk losing a valuable defense to sexual harassment claim. This is because, generally, to avoid liability for sexual harassment, an employer must demonstrate that it undertook reasonable care to prevent and promptly correct harassment.

But the failure to investigate could cost an employer even more. Like a dead-to-rights retaliation claim too.

Really? Retaliation too? Yes. I’ll explain after the jump…

Dr. Feelgood is up to no good.

In July 2007, CSG hired Kurtts as a receptionist in its Mobile, Alabama office. Dr. Johnnie Morgan was Kurtts’s supervisor and the only doctor on staff. In early October of 2007, Morgan began sending Kurtts lewd and sexually suggestive and explicit text messages — one time sexting her 64 times in 2 1/2 hours — and on several occasions made unwelcome physical contact with her. On November 6, 2007, Morgan told Kurtts that she would receive a better work schedule for “small favors.” On the afternoon of November 8, 2007, Morgan sent several text messages to Kurtts saying that she was playing hard to get and that he wanted to have intercourse with her in the office when Odom left for the day. That evening, as they were closing up the office, Morgan turned off all of the lights in the office, snuck up on Kurtts, and effectively cornered her in an empty office.

And the employer does nothing about it.

The next day, November 9, Kurtts called the CSG office in Arlington, Texas and spoke with Clinic Administrator Deborah Gonzales Oviedo to report Morgan’s behavior. Kurtts requested that action be taken against Morgan. Oviedo replied that she would bring the claim to the attention of Jennifer Giessner, the controller/secretary at the Arlington Office, and that they would investigate the matter. Kurtts then asked if Morgan would still be at the office because she felt extremely uncomfortable around him. Oviedo stated that Morgan would still be at the office and requested that Kurtts forward her the text messages. Oviedo then called Kurtts back, said she was unsure of what would happen, and asked if Kurtts just wanted to be sent her final paycheck. Kurtts replied in the affirmative. After this conversation no one from CSG spoke to Kurtts again.

So the employee quits and presents a viable retaliation claim.

To prove retaliation in this instance, Kurtts had to prove that:

Here, a plaintiff is not required to show an ultimate employment decision or substantial employment action. Rather, she need only demonstrate that the employer’s conduct “might have dissuaded a reasonable worker from making or supporting a charge of discrimination.” The court in Kurtts v. CSG found that the evidence did smack of retaliation:

Viewing the evidence in the light most favorable to Kurtts, we conclude that a reasonable jury could find that Kurtts experienced a materially adverse action as defined by the Supreme Court in Burlington. A jury crediting Kurtts’s account could find that Kurtts complained about the harassment, was immediately told that it was uncertain whether any action would be taken, and that she should instead consider taking her last paycheck. A reasonable jury could conclude that CSG’s response “might deter a reasonable employee” from lodging a complaint about harassment.

The lesson: Provide anti-harassment policies to employees and managers, train them to complain when the policy is violated, and, for God’s sake, investigate those complaints promptly and thoroughly.