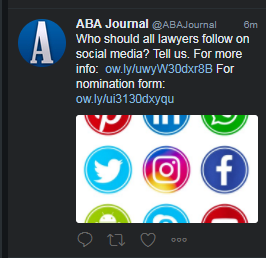 Before we get to that, I may have a few ideas on that image above. Here’s a hint.

And now, on with the show.

The inspiration for today’s post comes from my buddy, John Baldino, who tweeted this yesterday:

(By the way, if you’re in HR and you’re not following John on Twitter, then you need to fix that).

So, that caught my eye. And then, I read this recent Third Circuit decision, which involves claims of age discrimination involving hiring decisions. The plaintiffs were crew members who had worked as seasonal employees. Each applied for full-time positions; none was selected.

Well, the evidence presented showed that the employer used a standardized approach in which the same panel interviewed every candidate for a given position using the same preset questions. Each candidate received a score and was then ranked based on the score. The employer’s Executive Director testified that the rankings are always used as an “important guide” in the ultimate selection. He also testified that while managing directors and human resources could deviate from the ranking system, there needed to be a good reason (e.g., diversity or other specific goals) and a written explanation.

In February 2012, the employer “followed its rankings to a T” and none of the plaintiffs scored high enough to warrant consideration. However, in September 2012, the employer deviated from its standard practice, hiring the first-through-fourth ranked candidates, ages 52, 52, 24, and 52, but skipping over two of the plaintiffs, ages 61 and 53, and ranked fifth and sixth, in favor of the seventh, eighth and ninth-ranked candidates, ages 35, 26, and 33.

But, there has to be an explanation, right?

From the Third Circuit:

Despite its executive director’s testimony that he would “be surprised” if a written explanation addressing this deviation did not exist, the DRBA has not produced any contemporaneous records documenting the rationale behind the decision. Thereafter, for the January 2013 position, the DRBA resumed its strict adherence to its rankings, rejecting Appellants in favor of the two highest-rated candidates.

So what the heck happened in September?

Sounds like discrimination. Well, maybe. But first, here’s the test:

To prevail on their ADEA discrimination claims, Appellants must establish by a preponderance of the evidence that age was the “but-for” cause of the DRBA’s decision not to hire them….[This] requires a plaintiff opposing summary judgment to satisfy the initial burden of establishing a prima facie case of discrimination; if he does so, the burden of production then shifts to the defendant to articulate a legitimate, nondiscriminatory reason for its hiring decision; and if the defendant articulates such a reason, the burden shifts back to the plaintiff to show by a preponderance of the evidence that the defendant’s proffered explanation was pretextual.

So is there enough smoke for the jury to decide if there is fire? Yep. Break ’em off something proper, Third Circuit:

The DRBA cannot rely on its rankings, however, to explain its failure to hire Hughes and McClintock for the September 2012 position. Instead, although no contemporaneous explanation was documented, the DRBA now offers the non-discriminatory explanations that (1) the comments accompanying the rankings justified its hiring decisions; and (2) its hiring of lower-ranked applicants was necessary to promote diversity in its workforce. Although these explanations were enough to shift the burden of production back to Appellants, Hughes and McClintock have offered enough competing evidence that a reasonable jury could conclude these explanations were pretextual.

Said evidence being, among other things, DRBA’s deviation from its rankings system in favor of three significantly younger applicants with no contemporaneously documented explanation.

Takeaway: Don’t let the rule be the exception.

Conversely, with rules, including those at work, they should be followed. Yes, from time to time you can create exceptions. However, those exceptions should be justified contemporaneously and in writing. Geez, if only DRBA had done that. Maybe, the Third Circuit would have come out the other way.

But, when you go further than that and generally make exceptions to the rules, the rules are longer the rules.

They become the exceptions.