Folks, if you click through, I promise you a great read after the jump… 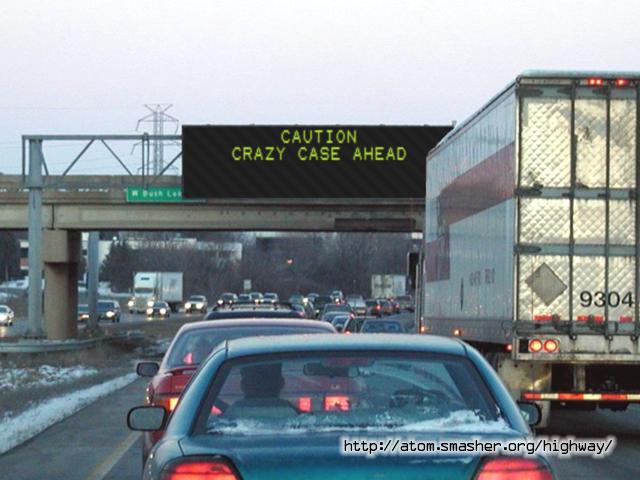 On March 22, 2011, Plaintiff sent an email to Bill Husfelt, the Superintendent of Schools, and the Human Resource Director explaining the whole situation. The HR Director conducted an investigation, and that same day, Defendant alerted the Sheriff’s Department of Thompson’s illegal activity. Within a few hours, investigators from the Sheriff’s department were at Plaintiff’s home. The next day, Plaintiff and the Sheriff’s Department coordinated a sting operation, and Thompson was arrested and charged with solicitation of prostitution.

So, the plaintiff sued for sexual harassment. And he lost.

No sexual harassment here, you guys.

Plaintiff claimed that Thompson made all the nasty comments to him because the plainiff is a man. The Court didn’t agree because, you know, plaintiff and Thompson were good buds; with the kind of bond that can endure one friend badgering the other to have sex with his wife:

Given the long friendship between Plaintiff and Thompson that started before they were co-workers and the lack of inappropriate comments directed at any other employees, it follows that Thompson’s behavior was directed at Plaintiff because they were friends, not because Plaintiff is male.

And then there’s the evidence that Thompson would also sexually harassing his female co-workers. Yeah, that too…

Additionally, although Plaintiff argues in his response that Thompson’s behavior was not directed at female employees, in his statement of facts, Plaintiff states: “Also around February 2011, Mr. Thompson began acting in an inappropriate and offensive manner towards female employee Kim Hugenard. He would flirt with her, and brag about how she would hug him and how one time Mr. Thompson pulled her towards his crotch.” This would also be contrary to proving that Thompson’s behavior was directed towards Plaintiff because he is male. This shows that Thompson’s inappropriate behavior extended to both male and female employees and is therefore not discriminatory against one gender or the other.

Ultimately, the plaintiff failed to show that Thompson targeted him because of his sex.

Dudes, I’ve already blogged about the “most blunt same-sex sexual harassment judicial opinion evah,” but we’re going to have to create a separate honor for this one. Although correctly, decided, I’m still shaking my head!

Please don’t allow this to happen in your workplace. Train your supervisors and employees not engage in this sort of behavior.