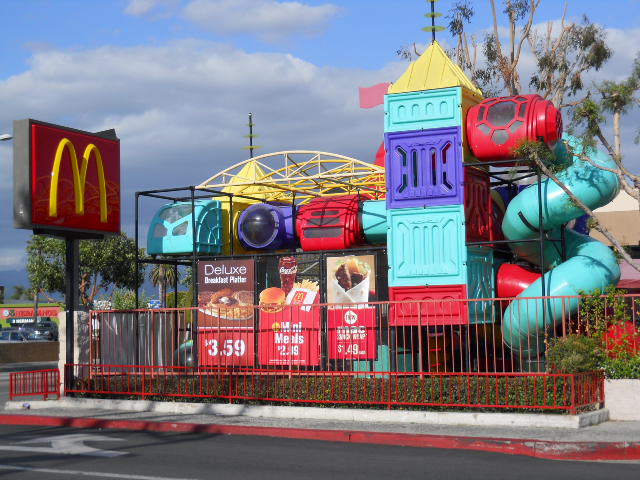 Are my days of free WiFi and creating deposition outlines from the McDonald’s Playplace ball pit, while munching on a McRib — ok, I two-fist McRibs — over?

If so, I’m moving to Canada.

Anyway, today is your last day to email me for your chance to win my 2015-2016 O’Connor’s. Later today, I’ll print out all of the entries, arrange them in a circle, play spin the bottle, and select one winner.

That’s how you play spin the bottle, right? That’s how cool I was in grade school. Oh god…

Let’s travel down to Louisiana. A litigator with the State of Louisiana Office of Attorney General underwent a kidney transplant and was granted an
Americans with Disabilities Act  accommodation to work from home for approximately six months. She then utilized FMLA leave, until she exhausted it. Thereafter, the litigator requested an accommodation under the ADA to work from home. To support her request, the litigator submitted a doctor’s note stating that she was released to work from home until she time as she could eventually make it back to the office. The DOJ granted this request too.

So, why am I blogging about this? Well, eventually, the DOJ changed its tune, deciding that the litigator would no longer be accommodated by working from home. Rather, she was required to work 3–4 hours per day in the office, with the goal of gradually working back to a full, in-office schedule. Seventeen days later, the litigator returned to the office. Upon her return, the litigator was presented with a Last Chance Agreement, which detailed a bunch of her work deficiencies. She refused to sign.

Later that month, the litigator was hospitalized again. Her doctor provided a medical evaluation which stated that litigator could not work in the office or attend depositions, court hearings, or conferences. The doctor added that there was no accommodation that would allow her to return to the office for about a month.While gone from the office, the litigator used a combination of FMLA leave and other unpaid leave.

Many months after the litigator’s hospitalization the DOJ reaffirmed that it would no longer accommodate the litigator’s request to work from home; most notably, because her own doctor restricted all of her essential job functions as a litigation attorney. A few weeks later,the litigator returned to the office, worked for a few months, resigned, and sued under the ADA.

Whew! That’s a lot of facts.

A litigator needs to come into the office, attend hearings, take depositions, go to court, that kinda stuff.

The ADA provides protections of qualified individuals with a disability. We can all agree that there is probably a “disability” associated with a kidney transplant. So, the issue in Credeur v. State of Louisiana (opinion here) is whether the plaintiff was a qualified individual; i.e., someone who can perform the essential functions of the job with or without reasonable accommodation.

Here, the court had no doubt that the employer considered coming to the office to be essential for a litigator:

There is no genuine dispute that an essential function of a DOJ Medical Malpractice litigation attorney is regular attendance in the office. First, DOJ’s words—as demonstrated through the testimony of David Sanders (“Sanders”), Special Litigation Counsel, Human Resources Advisor, and Litigation Director for the DOJ…:

A defense of a lawsuit is a team effort by the attorney, by the paralegal, by the secretary. It’s bouncing ideas off our colleagues. It’s discussing strategy with the Section Chief. It’s writing requests for settlement authority and discussing them with all of the above. So, to me, that can only be done at the office.”

…Second, there is no genuine dispute that DOJ’s practices support a similar conclusion. The summary judgment evidence shows that DOJ did not permit other attorneys to work from home on a long-term or permanent basis.

You get to set the rules at work. If you want your employees to work in the office, makes sure that your written policies, job descriptions and procedures say as much. Where possible, avoid creating exceptions. And make sure that your leadership, managers, and other decision-makers agree that coming to work is really, really important. Complete that trinity, and you should be good to go.

Or, you can allow your employees to work from home. See if I care.