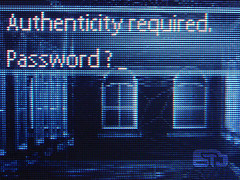 About a year, I wondered whether employers should ever require job applicants to divulge Facebook passwords. Ultimately, I concluded then — and still believe now — that while employers may choose to use social media as part of a background-check process, you’re playing with fire if you start asking job applicants to divulge social-media passwords to make it easier to vet them.

Two states are now taking steps to make it illegal to force job candidates to reveal online user-names and passwords. One of those states is taking it one step further…

What two states and what they doing?!? (And what’s with that creepy image on the right). Aaaaah!!!! Click through to find out…

The Huffington Post reports here that the State of Illinois now has legislation pending, that would make it illegal employers to ask any job candidate to provide any username, password, or other related account information to gain access to a social networking website where that prospective employee maintains an account or profile.

And, with a hat-tip to Russ Brown at Brown Fox, I can report that in California, this bill is now up for consideration that would prohibit an employer from requiring a prospective employee to disclose a user name or account password to access social media used by the employee or prospective employee. But here’s the rub; the legislation would also ban employers from requiring that current employees fork over usernames and passwords.

Why would an employer want to see password-protected social-media content from a current employee? Maybe as part of a workplace-harassment investigation that transcended the workplace into cyberspace. Then again, it strikes me that a victim would voluntarily provide his/her employer with access to offensive online comments that are not publicly accessible. Same thing for the alleged harasser if his/her “defense” is that the victim welcomed the online behavior.

What do you think? Should states ban employers for requiring that prospective and current employees turn over social media passwords? Sound off in the comments below.