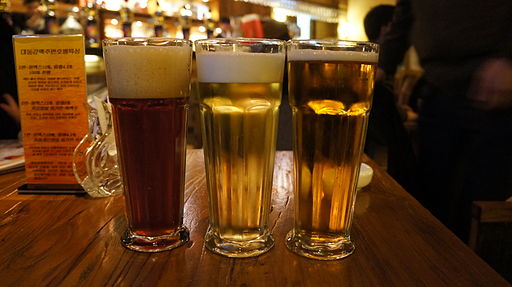 This post seems timely, seeing as most of your employees claiming a Friday-of-Memorial-Day-Weekend migraine are going to do this anyway.

Kidding, I’m not that jaded.

No, I’m sure. Yesterday’s He-Man poll cements it. A whopping 33% of you responded that Skeletor is your favorite He-Man character. While, approximately 1/4 of the responses were “Nice poll, loser.”

A man on intermittent FMLA walks into a bar.

Actually, it was just a restaurant.

Well, let’s start from the beginning.

A carpenter at an iron works company began to suffer from “chronic, serious mental health conditions, including depression and anxiety.” He sought medical treatment, completed FMLA paperwork, and was approved for intermittent FMLA. His doctor noted that he could need 3 days per month, taken either as partial or full days, depending on symptoms. The company did not ask for a second opinion.

On June 26, 2015 (it was a Thursday, you ghouls!), the carpenter began to experience “debilitating and incapacitating exacerbation of stress and anxiety. So, he went to the company’s FMLA office, confirmed that his FMLA paperwork was processed, and that he was authorized to take leave. Upon leaving work, the carpenter went to a restaurant, where another labor-relations employee spotted the carpenter drinking a beer. As a result, the company suspended and then fired the carpenter, concluding that his use of FMLA was not consistent with the approval that the company had granted.

Last winter, I blogged here about a similar situation where an employee took FMLA leave, went to a local bar, became highly intoxicated and was arrested and charged for driving under the influence on his way home. He then took FMLA leave the following day after spending several hours in jail the night before. On the facts of that case, the employee’s FMLA interference claim was dismissed because the company never interfered with his ability to take FMLA. The plaintiff also lost his retaliation claim because his behavior was so contrary to the FMLA.

In the case of the carpenter (Brady v. Bath Iron Works Corp. – opinion here) the court determined that “this is not a situation where an employee has been caught ‘red-handed’ engaging in an activity clearly inconsistent with the intended purpose of the leave.” In other words, maybe a beer is what the carpenter needed to relieve stress. Indeed, in its motion to dismiss, the defendant asked the court to take judicial notice that alcohol is a depressant. However, the court acknowledged that drinking a beer at a restaurant may not be inconsistent with treatment for depression. Thus, the employee’s trip to the restaurant may have been consistent with the FMLA. Also, because the case was at the motion-to-dismiss stage, there was insufficient evidence to establish the company’s real motivation for firing him.

So, FMLA and Jägerbombs for everyone?

Not exactly. If an employee goes to a bar during FMLA leave, technically, the company is not interfering with his use of FMLA. Further, if going out for a drink is inconsistent with the reason(s) an employee needs FMLA, then that’s FMLA abuse. And an employee can be fired for FMLA abuse — that’s not FMLA retaliation.

So, if you happen to find yourself doing shots at the bar with an employee on FMLA leave — even an employee on intermittent leave for workplace stress, migraines and back pain — odds are that it’s safe to fire them.