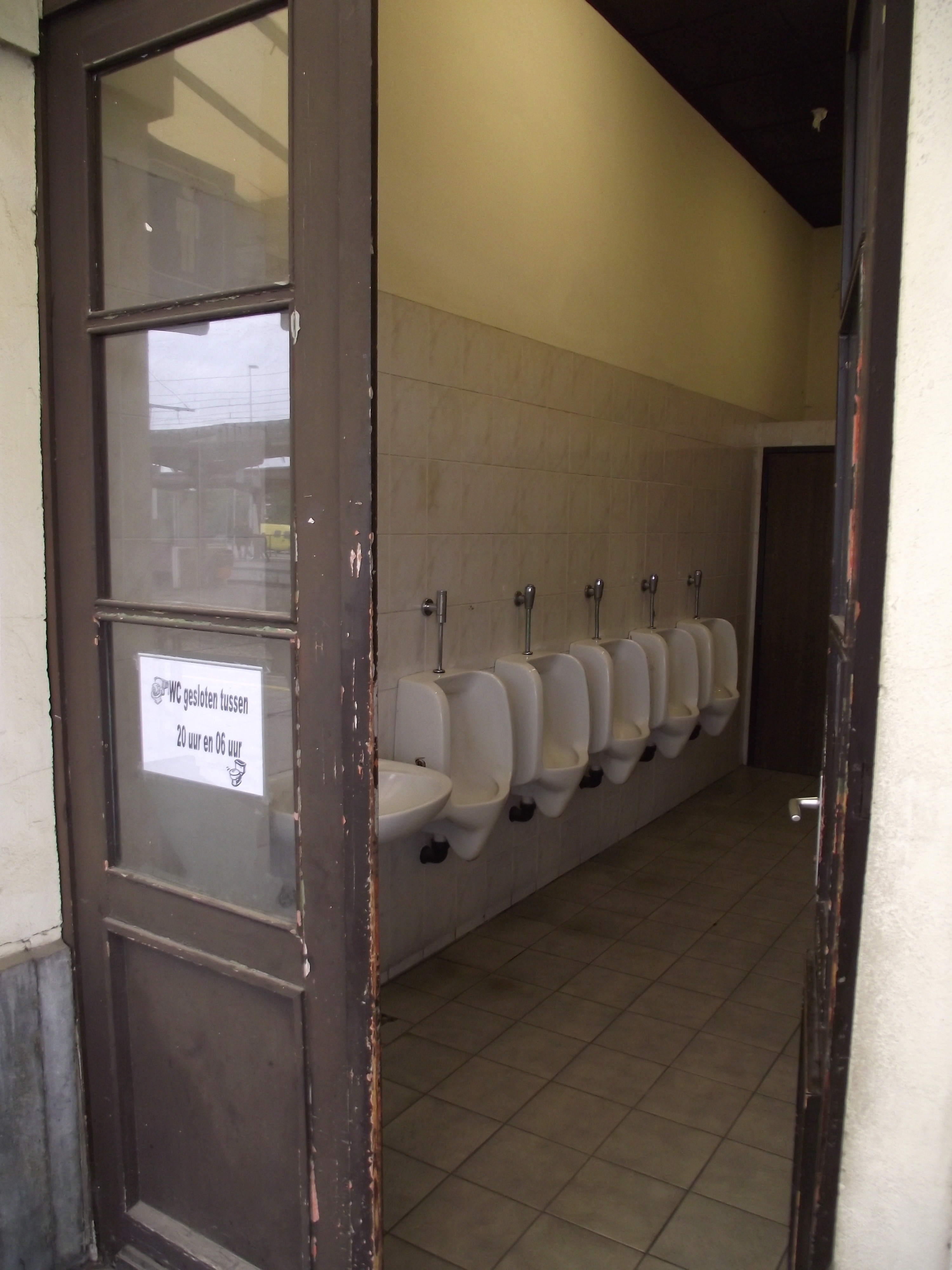 Your business drug tests job applicants as a condition of employment. What would happen if a male applicant refused to take a urine test because he claimed that he had paruresis, otherwise known as “shy bladder syndrome” or “bashful bladder syndrome”? Would you have to accommodate the applicant with a different type of drug test? Or could you just refuse to hire the applicant?

Back in the late 80’s, on the cusp of entering my teenage years, I went to see a Philadelphia Eagles game at Veterans Stadium on a cold day in December. To this day, I couldn’t tell you who the Eagles were playing, whether they won or lost, or even with whom I went to the game.

What I do remember — vividly — is my trip to the bathroom.

It all happened at or around the 2nd quarter. There I am, waiting in a line that extended out the door of the men’s room with several surly 700-level Eagles fans. Patiently, I watched as fans slowly trickled out of both the bathroom exit and the entrance. (Those signs were meaningless).

As I finally crossed the threshold, the first thing I noticed were the heaters, spewing fiery hot blasts on my back. We’re talking Africa-hot. Combine that with the many layers of clothes I was wearing, and, on a cold December day outside, inside, this bathroom felt a sauna — a damp sauna thick with the stench of urine. I might as well have in standing in a giant port-a-potty. For, as I looked around, I could see grown men peeing in open closets, trash cans, clogged sinks, and floors. (Well, at least they weren’t trough diving — warning: the link is to a disgusting YouTube video which, while technically safe for work, should not be viewed around mealtime).

Those who actually stood in line for the urinals — only three or so can squeeze around the same sink — were packed in, 8 wide, shoulder-to-shoulder. “Hurry up, asshole!” was probably the most common chant; followed closely by, “Let’s go, asshole!” Savages, I tells ya! Savages!

But, I endured. I waited for what felt like an eternity, until finally, I reached the front. At first, I fumbled around a bit. Could you blame me? I was in the middle of Thunderdome. In making the final preparations, like Homer Simpson conjuring up images of “Flushing Meadows,” I tried to picture myself being somewhere else. But, that’s pretty darn hard when you’re facing a barrage of obscenities and you can actually feel the glassy eyes of dozens of men with beer-filled bladders piercing through the back of your head. I took a deep breath to compose myself. But, that smell! Between the close space, the stink, and the verbal assault on my pre-teen sensibilities, my bladder became bashful and paruresis got the best of me on that day.

“Shy bladder syndrome” may be a disability which employers must accommodate.

If my disturbing imagery didn’t paint a clear enough picture for you already, allow me to clarify. Paruresis is the inability to urinate in public restrooms or in close proximity to other people, or the fear of being unable to do so. (Fortunately for me, my “paruresis” was a one-time thing). Chronic paruresis, on the other hand, is generally considered to be an anxiety disorder, and typically is treated with cognitive-behavioral therapy.

But is it a disability?

How should drug-testing employers address candidates with paruresis?

So, let’s assume that a job applicant comes to you and asks for an accommodation — an alternative to a urine test. Jonathan Segal, in this article over at the Duane Morris Institute, offers two options for the company. First, it could arrange for a medical evaluation to determine if the paruresis is legit. But that’s expensive. Segal’s preferred second option would be to establish a protocol that, unless other prohibited by applicable state or local law (or union contract), whenever an individual cannot provide a urine specimen, he or she must provide a hair specimen.

Makes sense to me. Unless changing test protocol would cause undue burden or expense to the employer, this is a textbook reasonable accommodation.

You can find a copy of the EEOC Informal Discussion Letter here.