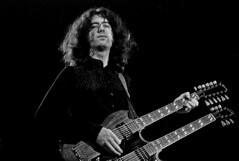 I had this song in my head for about two hours on Sunday.

Then I listened to the Trent Reznor version, ick….

This blog post has a point, right? Oh yeah, discrimination. A little reminder from a recent Eight Circuit case, Guimaraes v. SuperValue, Inc., that when it comes to employees with green cards, discrimination under Title VII on the basis of national origin is illegal. However, Title VII discrimination based on citizenship or immigration status is not:

Guimaraes conflates citizenship or immigration status with national origin. Her green card process shows her intent to change her citizenship or immigration status by becoming a lawful permanent resident. True, a reasonable jury could find the “green card” statement evinces an intent to terminate Guimaraes because she is not yet a lawful permanent resident. The Supreme Court has held, however, that while aliens are protected from illegal discrimination under Title VII, nothing in Title VII makes it illegal to discriminate on the basis of citizenship or alienage.

Of course, employers that do discriminate on the basis of immigration status do so at their own risk — like the risk of getting sued for national-origin discrimination.

Update: As adroitly noted in the comments below, the scope of this post is limited to Title VII.