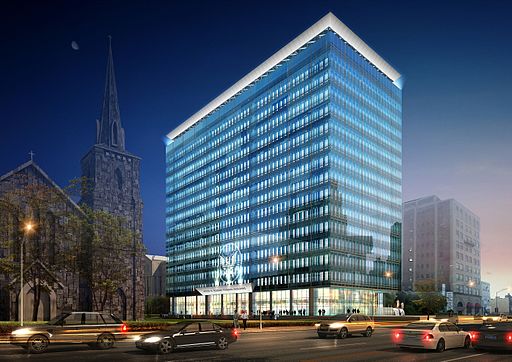 My skin crawls thinking about the Google search terms that will land some HR professionals on this post, which involves a failed suicide attempt. Hopefully, this is not a practice tip upon which you’ll need to draw in the course of your HR career.

But, just in case…

In a recent opinion (here), the Seventh Circuit in Felix v. Wisconsin Department of Transportation, dug into the nuances of the Rehabilitation Act (basically, the federal sector version of the Americans with Disabilities Act) by contrasting the “direct threat” defense with an employee whose actions at work threaten themselves or others. I’ll get to that in a bit.

But first, the facts of the case.

The plaintiff in Felix suffered from mental illness. One day at work, she suffered a severe panic attack, during which she attempted to cut her wrists and repeatedly said that she wanted to die. Thereafter, the plaintiff was sent for an independent medical exam. The doctor concluded that the plaintiff remained at increased risk for potentially violent behavior toward self and others within the workplace. The employer determined that the plaintiff was unfit for continued employment and terminated her on that basis.

The ADA requires an employer to accommodate an individual with a disability, where doing so will allow that person to perform the essential functions of the job. However, there is an exception if an individual poses a direct threat to the health or safety of other individuals in the workplace. A “direct threat” is “a significant risk of substantial harm to the health or safety of the individual or others that cannot be eliminated or reduced by reasonable accommodation.”

The onus is on the employer to establish that an individual poses a direct threat. One example would be an employee with a heart condition who works with heavy machinery.

Now contrast that with what happened in Felix, where the court concluded that, when an employee actually threatens herself or others, it is immaterial whether that employee suffers from mental illness or some other disability:

The Act does not require an employer to retain a potentially violent employee. Such a requirement would place the employer on a razor’s edge—in jeopardy of violating the Act if it fired such an employee, yet in jeopardy of being deemed negligent if it retained him and he hurt someone. The Act protects only “qualified” employees, that is, employees qualified to do the job for which they were hired; and threatening other employees disqualifies one.

But, do you have to fire an employee with a disability who threatens herself or others?

Well, I take that back. Let’s go with, it depends.

It depends on the severity of the threat, the prognosis (with treatment), and whether allowing that employee the time to treat (beyond an FMLA leave) would create an undue hardship for the employer.

I appreciate the cautious approach taken by the employer here. Rather than terminating right away, which it could have done, the employer sent the employee for an IME. That IME confirmed that the employee posed an ongoing threat. It then sought another medical opinion, considered other potentially suitable positions for the employee, and allowed her to take FMLA leave. Only after the leave expired and, having concluded that her presence would create an unsafe workplace, did the employer terminate.

If you do have a situation like this one, it could post many issues beyond just ADA and FMLA. Make sure to consult outside legal counsel for help.