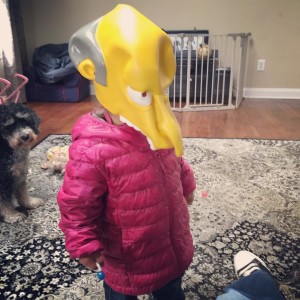 “Smithers, refill my lime rickey. And find me a dunce cap. Post haste.”

The essential functions of the job…revealed!

In Sullivan v. Spee-Dee Delivery Service (opinion here), the issue before the court was whether driving a truck weighing more than 10,000 pounds was an “essential function” of plaintiff’s job under the ADA in light of the fact that plaintiff drove a smaller truck 95 percent of the time. The plaintiff, who has epilepsy, was not permitted to drive the big truck because it would violate federal law. (Nonetheless, he drove one for the company for several years, but let’s pretend that never happened).

Once the company realized this mistake, it reassigned the plaintiff to a lower-paying package handler position, rather than trying to accommodate him with a smaller truck. Kinda like the one he drove 95% of the time anyway.

The plaintiff is going to get a trial on his ADA claim:

Plaintiff says that he spent about five percent of his time driving step vans. In addition, he points to various ways in which defendant has required its employees to work as a team to assist each other to deliver packages outside their normal routes, including an instance in which defendant allowed an injured employee to drive a G- van exclusively on a temporary basis…Defendant does not point to any evidence suggesting that the accommodation had adverse effects on its business.

Common sense generally prevails. Except when it doesn’t.

While it’s possible that a task performed 5% of the time may be essential, it seems to me to be an uphill battle to fight accommodating an employee by allowing him to do something that he already does 95% of the time anyway — especially when the alternative is another job with a pay cut.

But then again, if it were always easy, I’d be out of a job.