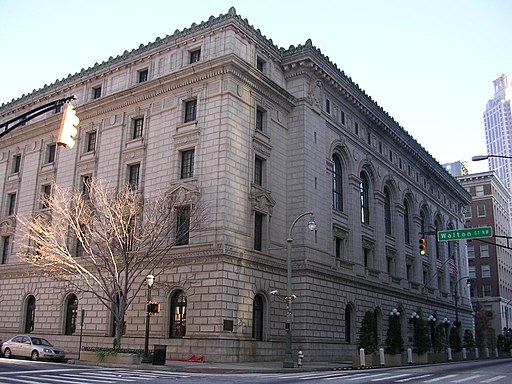 Here’s a little taste of Hon. Robin S. Rosenbaum giving her colleagues from the Eleventh Circuit Court of Appeals a piece of her mind:

The issue this case raises—whether Title VII protects gay and lesbian individuals from discrimination because their sexual preferences do not conform to their employers’ views of whom individuals of their respective genders should love—is indisputably en-banc-worthy…. I cannot explain why a majority of our Court is content to rely on the precedential equivalent of an Edsel with a missing engine, when it comes to an issue that affects so many people.

Now, let’s rewind a bit to set the stage.

Now, remember, while we have recent appellate court decisions from the Second Circuit (here) and Seventh Circuit (here) declaring that Title VII covers discrimination based on sexual orientation, most courts have not yet adopted this. That would include the Eleventh Circuit Court of Appeals. In Evans v. Ga. Reg’l Hosp., the Eleventh Circuit reaffirmed that “binding precedent,” a case called Blum v. Gulf Oil Corp., controlled and, thus, required dismissal of a sexual orientation discrimination claim under Title VII.

Following the Eleventh Circuit’s decision in Evans, the United States District Court for the Northern District of Georgia was tasked with ruling on Clayton County’s motion to dismiss Bostock’s complaint for failure to state a claim. In plain English, Clayton County argued that because the Eleventh Circuit had already concluded that Title VII does not cover sexual orientation, then the lower court had to apply that holding to the case before it.

And it did. Case dismissed.

Judge Rosenbaum concluded that the time was right for the Eleventh Circuit to reconsider its prior rulings. Here’s why:

Judge Rosenbaum would have concluded that Bostock had a viable “claim” for sexual orientation discrimination under Title VII. (Bostock would still have to prove that Clayton County discriminated.)

But, Judge Rosenbaum dissented for what she described as “an even more basic reason”:

[R]egardless of whatever a majority of this Court’s views may turn out to be on the substantive issue that Bostock raises, we have an obligation to, as a Court, at least subject the issue to the “crucial” “crucible of adversarial testing,” and after that trial “yield[s] insights or reveal[s] pitfalls we cannot muster guided only by our own lights,” to give a reasoned and principled explanation for our position on this issue—something we have never done. Particularly considering the amount of the public affected by this issue, the legitimacy of the law demands we explain ourselves.

And Judge Rosenbaum was just getting warmed up. Here’s the crescendo:

Despite never offering a reasoned explanation tested by the adversarial process, a majority of this Court apparently believes that Blum somehow prophesized the correct post-Price Waterhouse legal conclusion in its one-sentence “analysis” that relies solely on authority itself abrogated by Price Waterhouse. If the majority truly believes that, it should grant en banc rehearing and perform the “considerable calisthenics” to explain why gender nonconformity claims are cognizable except for when a person fails to conform to the “ultimate” gender stereotype by being attracted to the “wrong” gender. And if it doesn’t or if it believes—as I and others do—that these “calisthenics” are simply “impossible,” it should not sit idly by and leave victims of discrimination remediless by allowing Blum to continue to stand.

Although the Eleventh Circuit has passed on reconsidering its decision in Bostock, the Supreme Court may get involved. Bostock has sought certiorari. So has the defendant in the Second Circuit case that I referenced up above.

For now, however, depending on where you conduct business, your mileage may vary under federal law on whether LGBT discrimination is unlawful. That said: