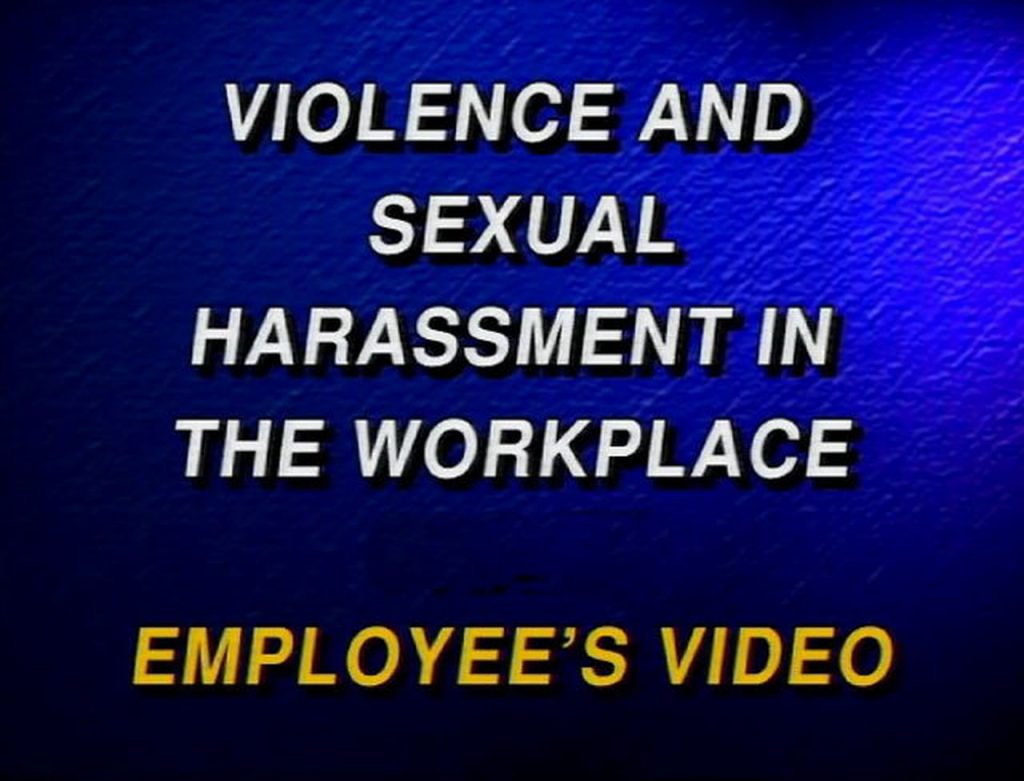 Ms. Pauly notes that the U.S. Equal Employment Opportunity Commission received over 162,000 EEOC Charges of Discrimination between 2010 and 2015. Plus, she cites a University of Oregon associate law professor’s study, which concluded that trainings are “too often ‘a hollow exercise in corporate compliance’ that tend to emphasize that harassment is bad for workplace productivity while glossing over the point that harassment is a kind of discrimination—which she believes could serve a ‘moral anchor’ to make the trainings more convincing.”

Is Ms. Pauly’s article on point? Maybe. Actually, before I commit, let me google “moral anchor.”

Ah, nuts to that. Here’s my hot take on five more reasons why your workplace anti-harassment training is ineffective.

First, you bought flood insurance after the flood. Anti-harassment training is designed to help prevent discrimination at work. It mitigates risk. Kinda like flood insurance, when you buy it before a flood strikes. Except, why do so many people wait until fish swim in their basement to buy the flood insurance? Similarly, why does it often take a big discrimination lawsuit to motivate the company to begin anti-harassment training. Think of training like insurance. It should be a proactive investment, not the other way around.

Second, your trainer hasn’t updated the presentation in, like, forever. Oh geez. Has it been that long since our last anti-harassment training? Better get the lawyer in here for training. Hey, that’s strange. This year’s training sounds just like last year’s. And, come to think of it, just like the one from the year before that. Well, you know why that is? Because your trainer is lazy AF and not only uses the same old training for your workplace but just changes the names on the slides before using it at the workplace down the street. Look, we get it. Don’t grope a co-worker. But, how about telling employees something they may not know? Like, did your employees know that what they say on social media off the clock can still create a harassment claim in the workplace? Are you addressing how our politicized workplaces and related discussion of certain topics (e.g., “building the wall”) create a slippery slope to discrimination? These are just some ways to freshen up a presentation that hasn’t been updated since Billy Dee Williams pitched Colt 45.

Third, too many PowerPoint slides with too many words all of which the speaker will read verbatim. Oh, you’ve attended that training too? Nuff said.

Fourth, too much law and legalese. If any of these words or phrases come up in an anti-harassment training session, you’re doing it all wrong: “Title VII,” “severe or pervasive,” “objectively reasonable person,” “respondeat superior,” “unreasonably interfere.” Look, your audience isn’t a bunch of lawyers. They’re not going to write the brief or argue before the court. So, they sure don’t give a damn about what the law says. They don’t even want to be at the training. So, don’t compound a stale, loaded PowerPoint with a bunch of legal mumbo-jumbo. Just give the folks getting trained the general lay of the land and send them on their way.

Fifth, your presentation is too narrow and confined. Wait a minute, Eric! Are you suggesting longer training sessions? No. Just skip some of the sexual harassment examples, yawn, and focus a bit more on issues involving disabilities, religion, and workplace accommodations. Because that’s where the EEOC is focused too.

What do you think? Does your workplace training stink? If so, email me, tell me why, and let’s talk about how to make it better.