Whether you have a social media policy, been thinking about drafting one, or haven’t even considered it for your business (tisk, tisk), I have three great guidelines after the jump that you should consider for your employees. You’ll be glad you did. 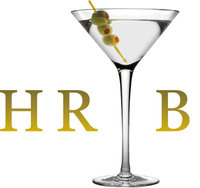 One of my favorite HR bloggers — and a big reason why I started this blog — is Sharlyn Lauby. Sharlyn is the proprietor of the fabulous HR Bartender blog. If your job has anything to do with Human Resources, Sharlyn’s blog is a must read.

The other day, I was reading Sharlyn’s post entitled “3 Things I’ve Learned Being on Social Media“. (You can view it here). In this post, Sharlyn, a true OG social-media authority, offers — you guessed it — three practical tips that anyone who uses social media should take to heart:

1.  You have to grow some thick skin – There are days I’m amazed at the stuff people say on social media. Alexandra Levit recently wrote a post titled Google is Forever about the long lasting impact of comments. It’s an excellent read and so true. It reminded me of a personal example: I was recently quoted (along with many other HR pros) in a Reader’s Digest article. The reactions I’ve seen to the article have mostly been positive. One private group I’m a member of ripped the article apart … and the people who were quoted. They probably didn’t realize someone who had been quoted was in the group and reading all of their comments – many of which I perceived as rather mean-spirited. Or maybe they did. I must say one part of me wanted to send a message to the group but then I realized I needed to let it go. Everyone is entitled to their own opinion and I guess a private group is the appropriate place to express it.

2.  Silence is golden – We all know there are things better left unsaid. Do you really need to tell the whole world you’re unfriending someone?! Sometimes quietly taking action is best. Then there’s the tweet from a widely known business figure talking about urinating on the toilet seat. Really?! Seriously, I don’t need to know that. Leaving a little piece of yourself private won’t hurt anyone’s feelings. I’ve always thought there’s greater impact behind what people don’t talk about instead of what they do.

3.  Choose your rants carefully – Like everyone else, there are things that push my buttons. Things that I get really frustrated about. But every frustration I have is not a future blog post or a tweet. It reminds me of those employees who complain all the time about everything. Over time, their complaints have less credibility because it’s just one in a long lost list of other complaints. What’s that old saying? Pick your battles…

So, I read these tips and I thought to myself: I draft social media policies. If I can cut out some of the legal mumbo-jumbo my eloquently-stated liability-limiting lawyerly prose and swap in some plain old common sense to educate employees who use social media, then why not do it, right?

I know that there are a lot of social media policies out there that consist of a list of rules. However, I commend you to consider mixing in a few guidelines. Clearly, by visiting this blog you must be a social media star. But, remember when you first started out using social media, you fumbled around a bit. Imagine some of your employees doing that. Therefore, instead of just ruling with an iron first, use the social media policy as an opportunity to guide and educate your workforce.

IMHO, businesses should consider including the three things that Sharlyn has learned being on social media for their social media policies.