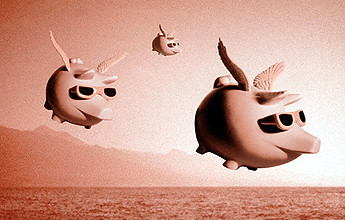 Ok, to be fair, the Pregnancy Discrimination Amendment Act (here), isn’t exactly the most progressive piece of legislation. Kinda like putting provolone on a cheesesteak; no Cheez Whiz here. Congressman Tim Walberg (R-MI) and Senator Lisa Murkowski (R-AK) introduced the PDAA yesterday to clear up the confusion arising from the Supreme Court’s opinion in Young v. UPS.

The PDAA is essentially the Alito concurrence from Young v. UPS. It would require employers to accommodate a pregnant worker in the same way that it would “any other applicants for employment with, or employees employed by, the same employer, in work that is performed under similar working conditions, who are not so affected but similar in their temporary ability or inability to work.”

Another bill pending on Congress, the Pregnant Workers Fairness Act, would require reasonable accommodations to pregnancy employees, unless doing so would create undue hardship.

For now, employers are left with the uncertainty of the Young decision, which, creates risk for employers that stinge on accommodations.