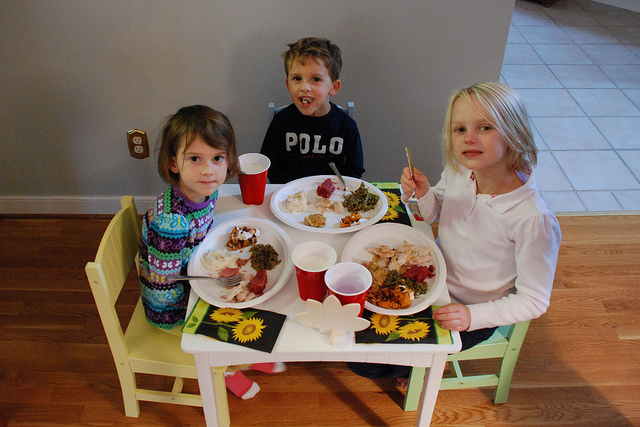 Well, you can forget about that “place at the table.” That’s for sure.

An EAP consultant gets fired for supporting an employee.

In DeMasters v. Carilion Clinic (opinion here), Mr. DeMasters, an employee assistance program consultant, claimed that he helped another employee initiate and pursue a complaint of sexual harassment. That employee later filed with the EEOC, sued, and settled with the company. Then, according to Mr. DeMasters, the poop hit the fan when the company got wind of the depth of his involvement:

DeMasters was called to a meeting with several of Carilion’s managers, including the vice president of HR, the EAP department director, and corporate counsel….The Carilion managers then proceeded to ask DeMasters about Doe’s sexual harassment complaint and specifically whether DeMasters told Doe that what happened to him was sexual harassment. When DeMasters acknowledged sharing his view that Doe was a victim of sexual harassment, the managers asked DeMasters why he had not taken “the pro-employer side” and if he understood the magnitude of the liability the company could face if one of its supervisors had engaged in harassment. The managers also told DeMasters that he had not protected Carilion’s interests and that he had left Carilion “in a compromised position.” The EAP department director likewise accused DeMasters of “fail[ing] to protect Carilion” and “plac[ing] the entire operation at risk.”

According to Mr. DeMasters, Carilion fired him two days later for not acting in the best interests of the company.

There’s a line of cases from courts around the country, out of which comes the rule that, in the context of retaliation claims, an employee must “step outside his or her role of representing the company” in order to engage in protected activity. In other words, when an employee’s job is to communicate employee complaints to management; e.g., HR, that employee cannot later claim retaliation based on that communication. Generally applied in Fair Labor Standards Act cases, this is the “manager” rule.

Under Title VII’s Opposition Clause, an employer may not retaliate against an employee who has “opposed any practice made an unlawful employment practice” by Title VII. Given the broad scope of the Opposition Clause, the court struggled with analyzing an employee’s discrete acts to determine whether he had sufficient opposed an unlawful practice. Instead, the court determined that an employee’s conduct must be examined through “a panoramic lens, viewing the individual scenes in their broader context and judging the picture as a whole.”

Thus, to determine opposition to an unlawful employment practice, the court concluded that one must examine the employee’s entire course of conduct as a whole; specifically, two elements:

Answer yes to both questions and that’s protected activity under Title VII. In DeMasters, the court determined that “the complaint describes a course of conduct by DeMasters that clearly and effectively conveyed to Carilion over several weeks his belief that Carilion was violating Title VII by subjecting Doe to unlawful conduct.” Indeed, DeMasters was Doe’s “leading advocate and adviser from the day Doe first told DeMasters about his manager’s harassing behavior, and DeMasters persisted in his advocacy on Doe’s behalf as Carilion investigated the complaint.”

And while DeMasters was tasked with communicating employee complaints from harassment to management, the court found that to be immaterial. The court recognized that “nothing in the language of Title VII indicates that the statutory protection accorded an employee’s oppositional conduct turns on the employee’s job description or that Congress intended to excise a large category of workers from its anti-retaliation protections.” Once again, the scope of Title VII’s anti-retaliation provision and protections are hella-broad.

Broader coverage beyond the Fourth Circuit.

Boy, did those Fourth Circuit Judges cite a lot of Third Circuit precedent to support their decision. Well, for my readers in PA, NJ, DE, and USVI, it’s worth noting that, although this a Fourth Circuit case, three judges from the Third Circuit sat by designation. (All of the Fourth Circuit judges recused themselves). So, if this fact pattern comes up around here, I’ve got a pretty good idea of that’s gonna turn out.

And for the rest of you across the country, tread carefully before disciplining anyone who complains about discrimination (or who supports that complaint).