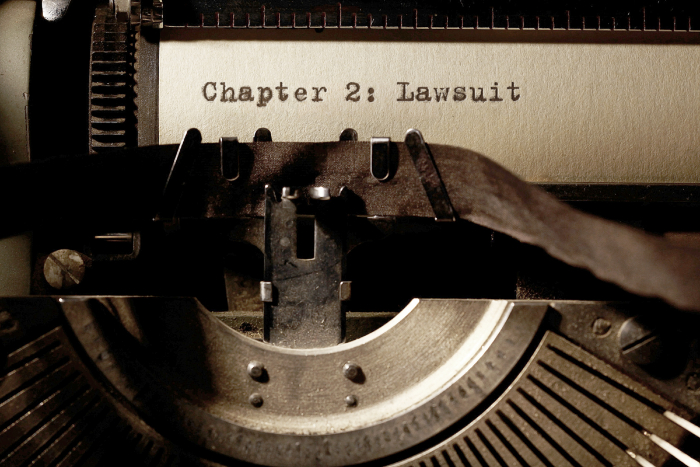 Remember that male Google software engineer who got fired last year after posting a 3,300-word criticism of Google’s diversity policies on the company’s internal website. If you don’t check this out.

Among other things, he and the other plaintiff, David Gudeman, allege that Google discriminated against them based on their gender (male), race (Caucasian), and perceived political views (conservative). Or, in their words:

Google’s open hostility for conservative thought is paired with invidious discrimination on the basis of race and gender, barred by law. Google’s management goes toextreme—and illegal—lengths to encourage hiring managers to take protected categories such as race and/or gender into consideration as determinative hiring factors, to the detriment of Caucasian and male employees and potential employees at Google.

Not only was the numerical presence of women celebrated at Google solely due to their gender, but the presence of Caucasians and males was mocked with “boos” during company-wide weekly meetings. This unacceptable behavior occurred at the hands of high-level managers at Google who were responsible for hundreds, if not thousands, of hiring and firing decisions during the Class Periods.

But this, my friends, is the money shot from the Complaint:

Damore, Gudeman, and other class members were ostracized, belittled, and punished for their heterodox political views, and for the added sin of their birth circumstances of being Caucasians and/or males.

The plaintiffs in the Damore action are represented by Harmeet Dhillon, a civil rights lawyer, with a conservative bend. According to Bloomberg Technology, Ms. Dhillon also represented Republican student groups at the University of California at Berkeley who fought to prevent the cancellation of a campus speech by conservative commentator Ann Coulter.

Now, in fairness to the plaintiffs and their counsel, the entire complaint is 161 pages and I didn’t read every word. Therefore, it may contain some compelling legal arguments, although I suspect that the proposed global class of “All employees of Google discriminated against by Google in California due to their perceived conservative views, their race, and/or their gender at any time during the time period beginning four years prior to the filing of this Complaint through the date of trial in this action” is too broad and will need to be narrowed significantly.

But, juxtapose this against another class-action lawsuit that Google is currently defending in which the company is accused of paying women less than men.  Plus, there was that U.S. Department of Labor investigation into “systemic compensation disparities” between men and women.