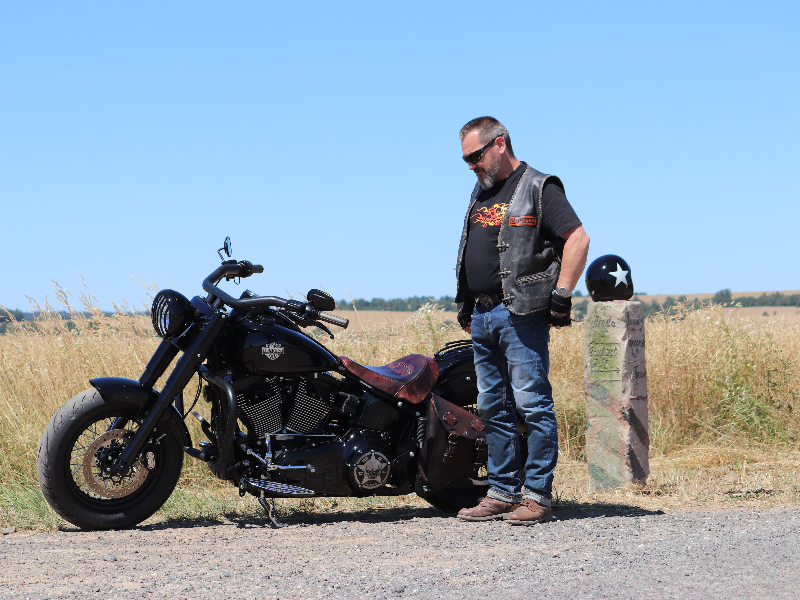 When many people think of a “motorcycle enthusiast,” they imagine someone in sunglasses, a leather vest, jeans, boots, and lots of facial hair. And while that describes my Aunt Helen, most folks picture someone like the guy in the photo.

By the way, I don’t have an Aunt Helen. If I did, she’d likely consider me a great disappointment to the Meyer name as I don’t ride a motorcycle — unless the sidecar somehow counts.

My fake Aunt Helen notwithstanding, since most folks associate men with motorcycles, that can be a problem when those stereotypes invade the workplace — especially if you happen to operate a motorcycle dealership.

Just ask the EEOC, which sued a dealership back in 2018 for gender discrimination, claiming in this press release that the company “repeatedly promoted males to vacant general manager positions even though a female general sales manager expressed an interest in the vacancies and was equally or more qualified than the male candidates.” Allegedly, the company “required her to participate in a ‘mentorship’ program to be eligible for promotion. The male job candidates promoted to the positions did not have the same requirement.”

Well, fast forward three years. In that span, things went from bad to worse for the employer. Check out the EEOC’s latest press release:

A federal jury has awarded $500,000 in punitive damages to … a female sales manager at a [motorcycle] dealership, who was denied a promotion to a general manager position … on the basis of her sex, the U.S. Equal Employment Opportunity Commission (EEOC) announced today.

The judge will reduce the $500K award consistent with punitive damages caps under federal law. But, the EEOC’s press release captures the bigger takeaway for employers in traditionally male-dominated industries:

The jury’s verdict should serve as a wake-up call to the automotive industry…that they are not exempt from federal laws which make workplace sex discrimination unlawful. It’s time for the ‘good old boy’ method of selecting general managers for their dealerships to be retired.

Although there is no shortage of qualified women entering the workplace, many women face hurdles in advancement. Employers that do not have female leadership should take a strong look at their promotion practices and ask themselves whether gender bias is playing a role in advancement opportunities.

And that holds true whether you sell motorcycles or just about anything else.