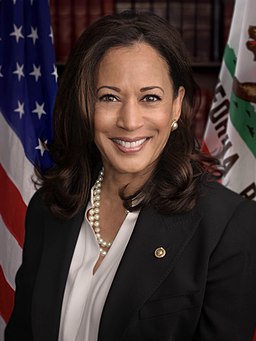 Yep, this plan packs a punch.

So, let’s head over to Ms. Harris’s campaign website to see what this is all about.

It says here that companies will be required to prove that they’re not paying women less than men for work of equal value.

Under current law; i.e., the Equal Pay Act, the onus first is on the employee to prove that (1) the company employer her and other male employee(s) in jobs requiring substantially equal skill, effort and responsibility; (2) the two jobs are performed under similar working conditions; and (3) she was paid a lower wage than the male employee(s) doing substantially equal work. If the plaintiff satisfies each of the three elements, then the burden shifts to the employer to demonstrate why it paid the plaintiff less than it did her male counterparts. Often this comes down to establishing a ‘factor other than sex.’

But, under Ms. Harris’s plan, companies will be required to obtain an ‘Equal Pay Certification’ and prove they’re not paying women less than men for work of equal value. How do you do that? By demonstrating no pay disparities between men and women, except where based on merit, performance, or seniority.

But wait, there’s more. “In applying for certification, companies will also be required to disclose their pay policies and align them with best-practice standards.”

What else can’t you do?

Companies must report statistics on the percentage of women in leadership positions and the percentage of women who are amongst the company’s top earners. They will also be required to report the overall pay and total compensation gap that exists between men and women, regardless of job titles, experience, and performance. These statistics will be reported by employees’ race and ethnicity.

(And you thought that the new EEO-1 pay-reporting requirements were going to be a lot of work.)

All of this will be publicly accessible on the EEOC’s website. Plus, your business must disclose whether it is “Equal Pay Certified.”

So, what happens if your business violates the law? A slap on the wrist.

For every 1% gap that exists after accounting for differences in job titles, experience, and performance, companies will be fined at 1% of their average daily profits during the last fiscal year. That money will be invested in building on universal paid family and medical leave.

What do you think? Email me and spill some tea.